DWI is one of the most common arrests in Texas, but nonetheless carry potentially severe penalties. In addition to the risk of going to jail for up to six months for a first offense, a person convicted of DWI faces license suspensions, surcharges from the Texas Department of Public Safety, and other potentially burdensome restrictions on his or her driving.

The evidence the State generally uses to prove that someone was intoxicated are field sobriety tests, breath tests, blood tests, “Drug Recognition Expert” tests, and occasionally, urine tests. Hiring an attorney who understands how these tests are performed and the errors that may be made in the administration of these tests is essential to obtaining the best possible outcome in a DWI prosecution. Houston-based DWI Attorney David Nachtigall has tried cases to juries involving all forms of forensic evidence used to prosecute DWI cases, and understands how DWI cases are investigated, where law enforcement can make mistakes, and how a DWI can be defended. Contact our firm to discuss your case with a Houston DWI lawyer, and read below to learn more about the DWI process.

A person charged with DWI who fails or refuses to take a breath or blood test is subject to a driver’s license suspension. The suspension is automatic, unless a Administrative License Revocation (ALR) hearing is requested within 15 days of receiving notice of the suspension. In an ALR hearing for drivers over the age of 21, the State must prove that there was:

The ALR phase can also be an opportunity to obtain evidence to defend a DWI case, and failure to request a hearing on time can waive that opportunity. Hiring a DWI lawyer before an ALR hearing may allow you to save your license or obtain valuable evidence the State intends to use against you in your DWI case. 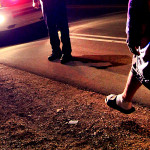 The breath test is a common evidentiary tool used by law enforcement in DWI investigations. The machine most commonly used in Texas to measure breath alcohol content is the Intoxylizer 5000. It is a machine that requires proper maintenance and calibration in order to function correctly. If the government can prove that a person’s breath alcohol content was .08 or greater at the time of driving, he or she is considered intoxicated under Texas law. Failure to properly maintain, calibrate, and operate the breath testing machine means that it can deliver inaccurate results and lead to false charging decisions on the part of law enforcement.

Because of the institution of “no refusal” policies by some District Attorney’s Offices, blood tests are increasingly common in the prosecution of DWI cases. Police departments are required to employ nurses or other qualified individuals to draw the blood of DWI suspects who either consent to a blood draw or are forced to provide blood pursuant to a search warrant. If a person’s blood alcohol content at the time of driving is a .08 or greater, that person is considered intoxicated under Texas law. Improperly qualified individuals drawing blood, failure to follow procedure, and other factors related to the storage and testing of blood may contaminate a blood sample and lead to false results and unlawful convictions.

District and County Attorney’s offices throughout Texas have implemented “no refusal” programs. This means that if a person is suspected of DWI and refuses to submit to a breath test, the arresting officer may immediately seek a search warrant to take a blood sample. Prosecutors work 24-hours a day in shifts to draft warrants for an arrested person’s blood. Once the warrant has been approved by a judge, an nurse or other person employed by law enforcement draws a blood sample. Errors in way a search warrant is prepared or drafted, and errors related to the collection and testing of blood may provide opportunities for the effective defense of a DWI charge. In Houston and Harris County, the District Attorney’s Office is no longer accepting charges without breath or blood evidence. Hiring an experienced DWI attorney who understands this evidence is crucial to an effective defense.

Repeated DWI convictions may change the punishment one faces considerably. Under Texas law:

Contact experienced DWI attorney David A. Nachtigall by calling our Houston office at 713-229-0008.