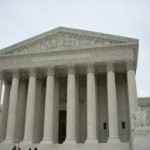 Federal criminal offenses are prosecuted by the United States Attorney’s Office and are heard in District Courts throughout the United States.  Federal crimes prosecuted in Houston and surrounding areas are handled by the U.S. District Courts of the Southern District of Texas.  Federal courts often hear criminal cases related to firearms, drugs, and financial crime (e.g., money laundering, securities fraud, and healthcare fraud).

Federal criminal cases differ from state crimes in a variety of ways. When facing a federal criminal charge, having a knowledgeable, detail-oriented lawyer who understands the many pitfalls of federal court is essential to obtaining the best possible outcome.

David Nachtigall has represented individuals in both non-violent and violent violations of criminal law in federal courts.  David is Board Certified in criminal law by the Texas Board of Legal Specialization, which recognizes his specialty in criminal law at both the state and federal levels. David is also a member of the Criminal Justice Act panel, which is comprised of an elite group of Houston criminal defense attorneys who have been selected by the federal district courts of the Southern District of Texas to provide high-quality defense to indigent persons facing federal charges.