In certain instances, a criminal conviction or a plea may be overturned because of an error or irregularity in the trial or plea, or newly discovered evidence.  Post-conviction proceedings differ significantly from those in the trial court because they are based primarily on written submissions to the court. There is no testimony from witnesses and no jury. In order to be an effective criminal appellate lawyer, an attorney must be a good writer, a good researcher, and someone who understands criminal law.

What is An Appeal?

In the context of criminal law, an appeal is generally a challenge to a guilty verdict at trial.  On appeal, a convicted person may raise a number of issues directed at errors in the trial.  These may include improper instructions on the law by the court, improper prosecutorial tactics, or improper evidentiary rulings.  From a lawyer’s perspective, appealing a case involves reading the recorded testimony of the trial and looking for any potential error.  Once error has been identified, the lawyer submits issues in writing to the court of appeals, explaining the facts and the law, and why there was an error at trial.  If the appellate court is persuaded by the lawyer’s written submission and, in some cases, argument before the court, the court may grant a defendant a new trial or punishment hearing, or reverse the conviction entirely.

What are Other Post-Conviction Remedies?

New trials must be granted for the following reasons: 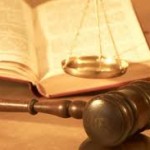 Parole hearing representation will not undo or modify a conviction, but effective representation at a parole hearing may be the difference between whether a person is granted or denied parole.  A qualified attorney can help an inmate bring evidence and arguments to the attention of the parole board in favor of an early release.

As a Board Certified criminal defense lawyer, an experienced civil litigator, and an honors graduate of Texas’s most prestigious law school, the University of Texas at Austin, David Nachtigall’s research and writing skills have been honed through years of practice and real-world testing in a variety of contexts.  David is a thorough researcher and a skilled writer who has used his writing skills to successfully defend and preserve the rights of accused individuals.